Home Artisans of Indiana member, The Affordable Companies, recently tackled a master bathroom remodel in Carmel, Indiana. Haley Lohss, a designer on the project, took us through their process and remodeling steps that turned this outdated space into a gorgeous modern bathroom: 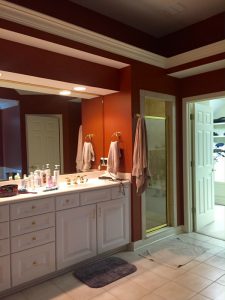 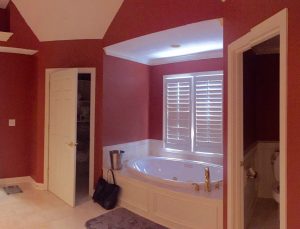 “The homeowners wanted to update the overall look of their master bathroom, as well as make its layout more functional for their everyday lives. They knew they wanted a modern and monochromatic look. By opening the space and attending to detail with our hardware and accessory choices, we created the style they were looking for.

We started this remodel by opening the space. By switching the location of the existing shower and tub, we were able to remove the existing linen closet and large garden tub. An extra large walk-in shower could now be installed. We also decided to update the tub with a more streamlined freestanding tub with wall-mounted faucets. 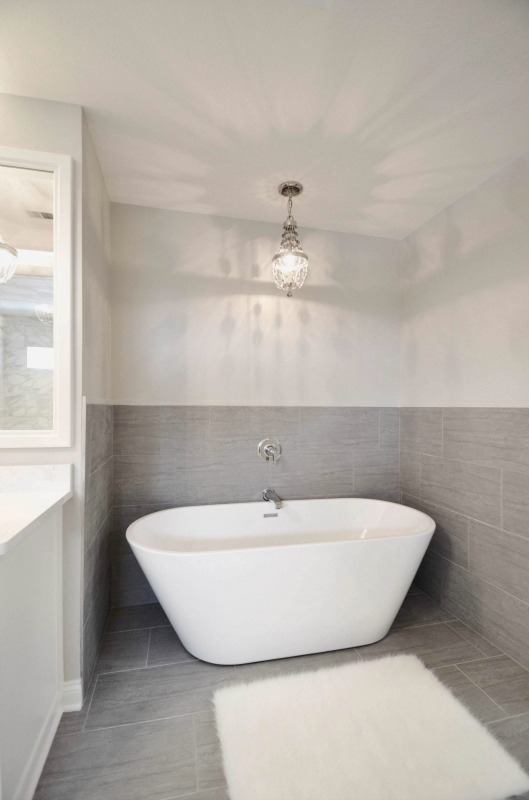 The frameless glass shower became the main focal point of the bathroom. This style of enclosure made a big statement and was key to creating an open feel. The client really wanted to tile the ceiling of the shower as well, which added a luxurious look. Everything else in the bathroom was selected around the shower tile. The plumbing fixtures were chosen to create a versatile shower experience, with a stationary shower head, a handheld shower head and a rain shower head. We installed an infinity linear drain as well, which completed the modern feel. The shower also features a nice bench with a dry off area inside the enclosure. We changed the size and shape of the existing window to let natural light in while still allowing privacy. 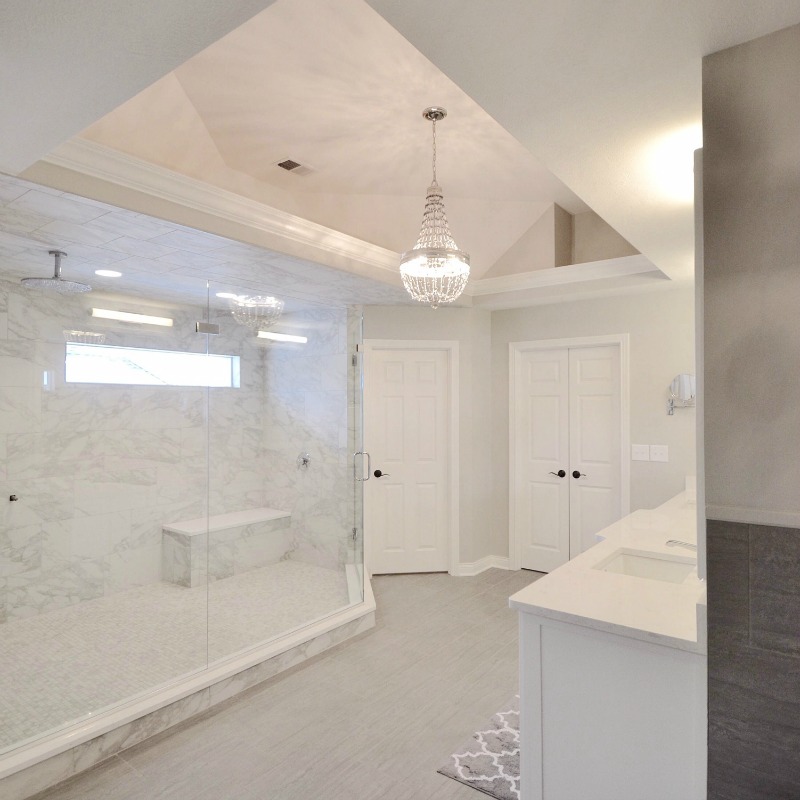 I designed the custom-built vanity with some nice roll-out features on either side, pulling out the middle section to add depth and make it seem more like a furniture piece. We chose a modern shaker door style with a white paint finish that went with the sleek chrome hardware. The vanity top is a quartz by Cambria called Torquay; it has a light veining to resemble marble. The gray floor tile was selected to highlight and play off the veining calcutta pattern in the shower tile and countertop. The idea was to create subtle contrast with gray and white tones while keeping a monochromatic look overall. We also upgraded the lighting, adding nice vanity fixtures as well as chandeliers for both task and decorative purposes. 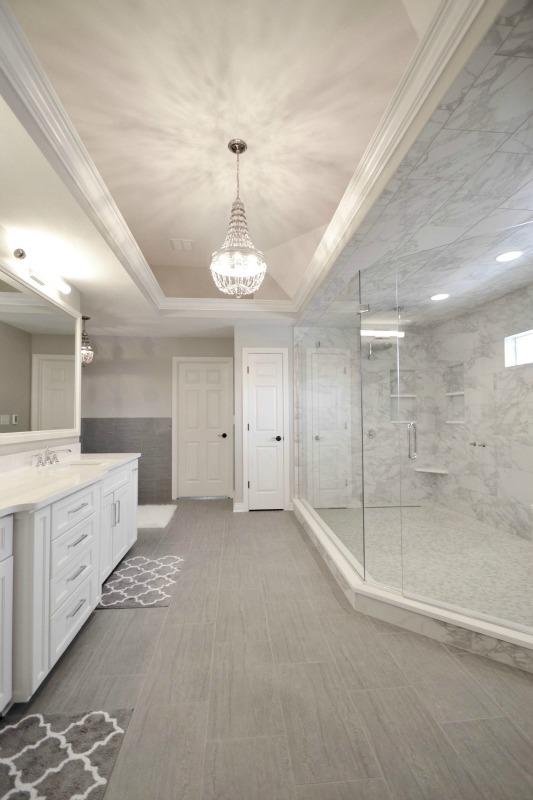 The homeowners were thrilled with their new bathroom. The modern look and the cool toned color palette is much more their style. They had a vision from the beginning; they just needed the tools to make it come to fruition, which we were able to provide. We updated the adjoining spaces as well (the master bedroom and closet) to tie everything together for a beautiful cohesive master suite.”

Have questions about this project, or need a great master bathroom design of your own? Reach out to The Affordable Companies.

*The homeowner had their own general contractor on site, Doug Cotton with Cambridge Custom Homes. The Affordable Companies provided all the tile work, frameless glass enclosure, and vanity top.

Want more? VIEW ALL NEWS ARTICLES VIEW ALL RESOURCES
Subscribe to
get the latest: